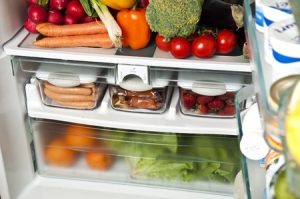 Long before the rise of modern cities and the push to incorporate more fresh fruits and vegetables into our diets, ancient civilizations were trying their hand at refrigeration. Greeks, Romans and Egyptians found unique ways to keep their food and beverages cool, burying meats in pits filled with snow and placing pots filled with water outside in the cool evening hours.

It wasn’t until the early 1800s that real strides in refrigeration techniques were made, beginning with the shipping of ice and other milestones mentioned below.

The idea of refrigeration began to change in the early 1800s when the first commercial shipment of ice moved from New York City to Charleston, South Carolina. Although there wasn’t much ice remaining when the shipment arrived at its destination, the idea inspired inventors like Frederick Tudor and Nathaniel Wyeth to develop insulation materials for ice boxes and compartments for shipping on trains, trucks and boats.

Ice continued to be used as the main source of refrigeration throughout the 1800s, and during this time inventors like Dr. John Gorrie worked to design refrigeration machines that use vapor instead of liquid. Gorrie was granted the first US patent for mechanical refrigeration based on the device he created to keep sick patients cool in his Florida hospital.

Until 1929, toxic gases like ammonia, methyl chloride and sulfur dioxide were being used to keep food and beverages cool. But when these chemicals leaked, the results were dangerous and sometimes deadly. This led to the development of Freon as a refrigeration agent. A much safer alternative to toxic gases, Freon was later found to be harmful to the ozone layer – which is why the refrigeration process now prefers to use hydrocarbons.

These early refrigeration technology developments allowed countless other improvements to be made, leading to the present day simplicity of refrigeration in most homes, restaurants and grocery stores across the US.

Here at Weather Control, Inc. we focus on ensuring that your commercial refrigeration units are running at peak performance. To schedule a regular maintenance appointment or an emergency service, please call our Alexandria, VA office at 703-370-5200. Service mechanics are on call 24/7 to assist you with your refrigeration needs.

Send us an email…

WE LOOK FORWARD TO WORKING WITH YOU